This article will help you if:

Are you a lazy procrastinator? I’m certainly one myself. I used to suffer from all of the points above. It’s taken a decade to know my mind and be able to get things done at 10x the productivity levels I had before. 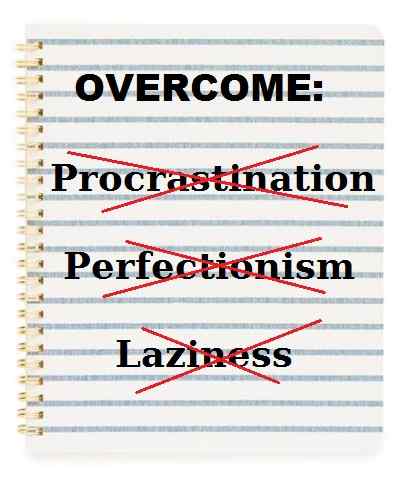 There’s a very blurry line between perfectionism, procrastination and laziness, and they are very easy to confuse. Let’s define them a little bit so you have a clear mind as to what we’ll be talking about:

PERFECTIONISM is basically investing 80% of your time and effort in things that will only yield 20% of the results. You know this already, but your mind doesn’t leave you alone unless you take care of every little detail. It’s a feeling of emptiness… “I know this matters almost nothing, but what if it keeps me from having a problem in the future?”

PROCRASTINATION is your mind telling you to focus on what’s inside your comfort zone, that is, what’s relatively unimportant, and leaving the tasks you know matter the most for the next day or week. Evolution made us this way because our bodies want us to save energy. Reality is, it doesn’t apply to modern society and there will never come a time when you feel it’s the right time to get something done. NEVER! Tomorrow, it will be just as difficult to get on with it. It’s a very sweet thing to do this, as you are left thinking something is going to get taken care of, but you don’t have to do it yet. It’s a lie!

LAZINESS is better understood by most people. It’s a more physical thing as opposed to mental, and it’s just not wanting to get stuff done because you visualize you’ll have a dreadful time in the process. Another lie! Once you get started, it’s not that bad. It’s much worse to be in bed thinking you have to get up in 5 minutes time than when you washed your face already and are on the go. But the mind said the opposite!

So, this is how you fix the damn thing:

Do you study twice as much the day before an exam than you do a month before? No, you study ten times as hard. Productivity skyrockets when you face a real deadline. The question is, how do you make them real? If you just tell yourself, you known you are not obliged to, so you probably won’t do it. 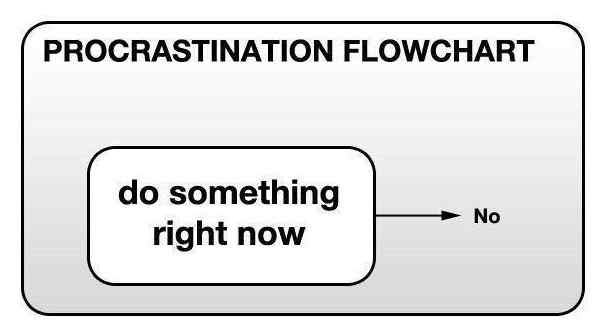 You have to be accountable to somebody, perhaps yourself, and know that it’s worth it. You need to attach it to your sense of dignity and self worth. Put it so that if you don’t accomplish the goal, you’ll be a LOSER. It has to be a matter of dignity or it won’t force you into productivity.

If you tend to be a perfectionist, the only way you’re going to finish before the deadline is if you keep a list of the small things that come up and let them be for the time being as you focus on what’s important. Don’t worry, you’ll take care of that later (or maybe not! the idea is to be able to concentrate and get it done, then we’ll see about the rest). Sometimes perfectionism helps!

Here’s a Youtube video that talks about an incredibly useful technique to be productive: The Pomodoro Technique.

2. Knowing when to POSTPONE something:

If you’re trying to deal with something and you get stuck (aka Analysis Paralysis), move on to something else, and come back to that a few hours from now or the next day. This is a much more efficient way to getting things done.

As you pull away from a certain problem or decision you have to make, specially if you sleep in between, the brain will get rid of redundancies and it will all look more clear when you get back. Guaranteed! 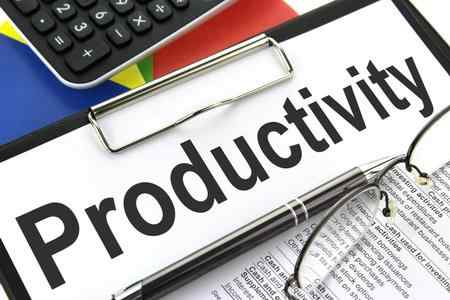 Imagine you have two tasks and you don’t get on with the second one until you’re done with the first one. That will take you, let’s say, 2 hours to complete Task 1 and then another 2 hours for Task 2. Total: 4 hours.

Now, if you do half of Task 1, then half of Task 2, come back to finish Task 1 and THEN Task 2, the total amount of time invested could be only 3 hours. In other words, doing it in parallel instead of sequentially tends to be more efficient in terms of how the brain works. Give it a try.

Of course this is just an example and it’s highly subjective, but hopefully you get the idea. It has absolutely worked for me.

Setting deadlines and knowing how to prioritize tasks changed everything for me, but there are a few more aspects that helped a lot.

Physical exercise can do wonders to your well-being and mental clarity. There’s no way you go for a 15-minute run and not see things with more clarity and freshness when you get back. It does wonders to the neurotransmitter that deal with mood and motivation.

Focus is also essential… you could be terrible at everything else and yet you might accomplish something just by focusing on it for long enough. It has different names such as persistence and discipline, but if you think about it it’s all the same concept.

Motivation, I have to say, is highly overrated. While it gets you started, I don’t know of anyone who was able to STAY motivated throughout an entire PROCESS. Do use music and visualize your goals but unless you have, as we said before, a deadline that’s completely attached to your sense of dignity, you won’t cross the finish line.

Good luck! Please leave a comment if you have any question, I’ve come a long way myself and I think I can help many people who don’t know their own minds all that well, yet.

-These problems are at their worse when you are experiencing mental health issues, here you can find lots of articles which may be helpful if that’s your case: BetterHelp